The purpose of the video game contribution scheme is to strengthen the European gaming industry by supporting innovative content and creative storytelling, and helping to ensure that games reach their full international market potential.

MEDIA received 132 applications from 24 different countries. “Troll and the magic hide” was one of 3 Norwegian projects that were granted. And “Trolle ” received the highest amount possible.

Creative producer Tinka Town states about the support:
– Of course, the support means very much in relation to being able to realize this exciting project! We also think it is great that support is given to new Norwegian children’s universes with nice stories and good values on a platform that children know. “Trolle og den magiske fela” is a game inspired by Norwegian folk tales and Norwegian nature, at the same time it has a clear international appeal. We look forward to further development!

About the game.
The game about “Trolle og den magiske fela, is based on Alexander Rybak’s children’s book by the same name. In the game, we join Trolle’s wonderful adventure world full of bewitched nature and evil, magical creatures. Equipped with a magic tale and the fiddle’s music as super power, the gamer must take back the forest and defeat the mighty Hulder king. Trolle must learn small tunes, and unlock new tail skills to overcome both enemies and terrain challenges. Ironically, Trolle’s biggest weakness, the lack of tail, eventually becomes what makes him the hero of the game.

Development support was also received in 2016 when they started the project.

Ravn Stuido about the game back then:
“Trolle og den magiske fela” a music platform adventure where music is your super power!

The game is inspired by the music and audio book by Alexander Rybak, by the same name. “Trolle og den magiske fela” has received great reviews, and has already enchanted the younger generation over the whole country (Norway).

“Trolle og den magiske fela” is a unique platform game with all of the game mechanics we love about the genre – but with a musical twist.

If you want to overcome the evil Hulder king, you must control the fiddle. Then you will also control the game world – which is full of enchanting, creepy and fun creatures, surprising obstacles, and a magical tail that gives Trolle constantly new features. 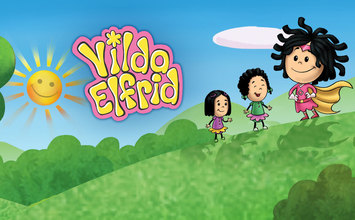